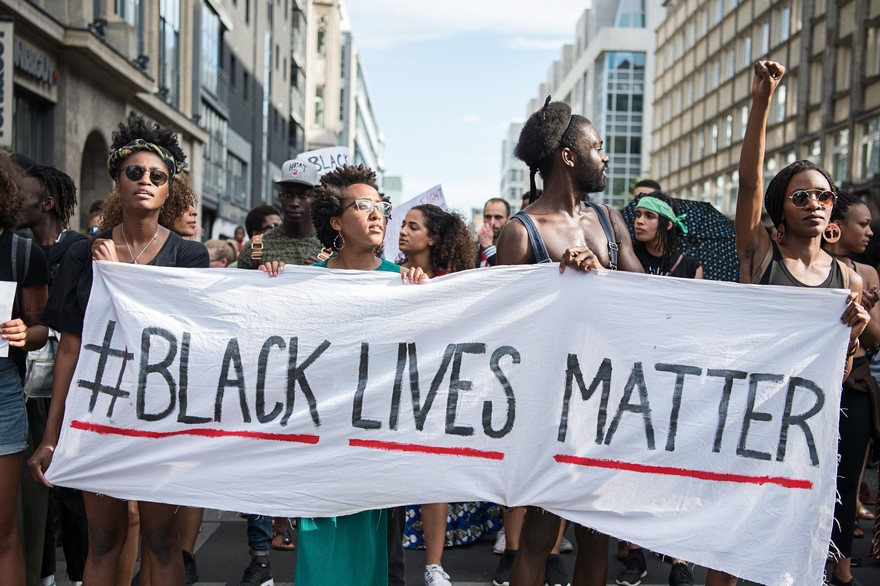 For decades, four simple words have been the articulation of hope for people of color who, speaking out against never-ending violence and injustice in their communities, are simply fed up…“No Justice, No Peace!” These four words have been the rallying cry of every protest, march, and assembly of people who simply just want to be heard. Martin Luther King Jr. once said, “Injustice anywhere is a threat to justice everywhere.” Over the last several decades, countless police shootings of unarmed Black Americans have gone, and continue to go, unchallenged and unpunished by our nation’s law enforcement. 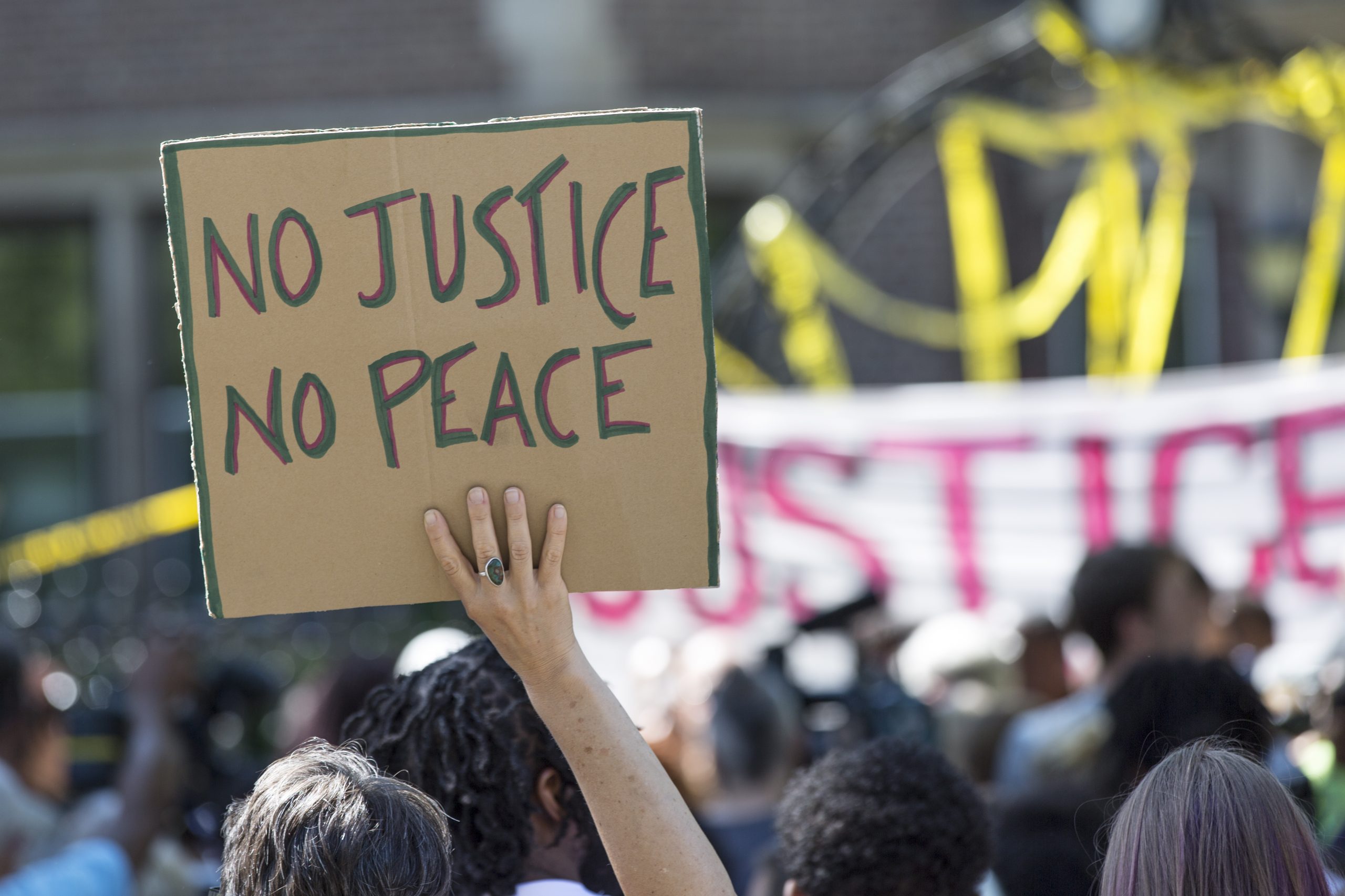 A demonstrator holds a sign at the rally for Philando Castile outside the Governor’s residence in Saint Paul, Minnesota in 2016 – Photo courtesy of Lorie Shaull

The Origins of Racism in America

To understand the current state of society, you would have to understand our beginnings as Black people in America. The foundational fabric of the United States of America has been rooted and grounded in slavery from the late 1500s until the passage of the Thirteenth Amendment in 1865, where it became unlawful to enslave, own, purchase, or trade another human being as you would commodities. Prior to the Thirteenth Amendment, property law was applied to every Black man, woman, and child—they were stripped of all dignities and human rights and viewed as property such as real estate or land. Blacks were not viewed as people but rather tangible things that could be manipulated and controlled. This mindset made it all too easy for captors, slave “owners,” and oppressors to disassociate themselves from the humanity of Black people. The elements of human nature did not apply to people of color and they were regarded as sub-human. Blacks could not own property, could not vote, and were denied education and basics of life that we sometimes take for granted. In the 2019 movie “Harriet,” the white plantation owner reprimanded the protagonist, Harriet Tubman, for requesting her freedom by “reminding her” that he allowed her to marry a free Black man even though he was denying her petition to also be free. This highlighted the inhumane circumstance that Black people were denied even basic human rights to decide who and when to marry.

In the years leading up to the drafting of the Constitution of the United States in 1789, the notion of slavery, although widely practiced, was a hotly debated topic to the point that the actual word “slavery” was not included anywhere in the official writings. Yet it was implied that slavery would be legally permitted. Legal sanctioning of slavery, in one form or another, has been a part of American culture since its origins. 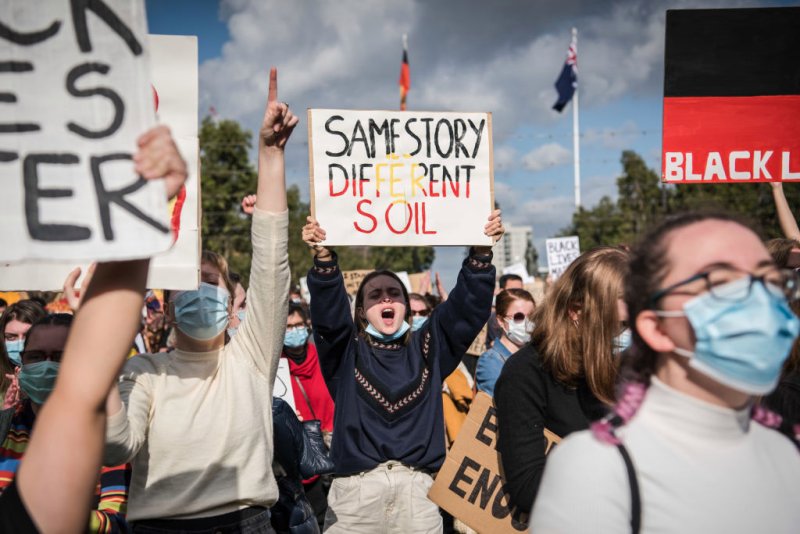 The Changing Faces of Slavery

Often when people hear the word “slavery” they immediately imagine shackled, kidnapped, beaten Africans being brought over to the “new world” on ships by Europeans crossing the Atlantic. Although this is a true part of American history, this practice has been banned for over 200 years. Africans are no longer brought over in droves to work fields or gins from sunrise to sunset, but make no mistake, modern-day slavery is alive and well. Slavery takes on many forms in the modern-day world such as “debt bondage, child slavery, domestic servitude, forced labor,” and human trafficking. Over forty million people live in some form of slavery worldwide with 1 in 4 being children and 71% being women and girls. The many changing faces of slavery and social injustice today are far too often masked by political strategies and legislation that make it completely legal to oppress and even eradicate Black people. Some of these avenues of oppression are voter suppression, “justified police shootings,” income inequality, unemployment, and lack of affordable housing. In 2018, the poverty rate for Black people in America was 22% compared to 9% for white people and 19% Hispanic people.

The murder of George Floyd on May 25, 2020 sent the Black community and people of all races into utter shock whilst enraging many to the point of action. The actions of four police officers brought feelings of frustration, anger, and fear to what is now an absolute boiling point. Martin Luther King Jr. said, “A riot is a language of the unheard.” What we are witnessing in our streets and cities is a collective body of people desiring to be heard, desiring policy changes, desiring people of all shades to be regarded as human beings equally. This desire manifests in the form of peaceful protests as well as lawless rioting and looting. For six years, after the murder of Trayvon Martin and the acquittal of George Zimmerman, the #BlackLivesMatter (BLM) movement has been working tirelessly to bring acute awareness to the sufferings of Black people, to be that united voice of change…real, sustainable change. Healing and transformation is needed, not just for the Black community but for the world. Oppression and segregation have long-reaching effects and hurt every individual that has blood flowing in their veins. It is these social ills that poison and cripple cultural and economic potential.

The U.S. is recognized as a world-class leader in power, innovation, entrepreneurship, commerce, immigration, and quality of life. After decades of police brutality, clashes with ill-intended civilian vigilantes, and social injustice against Black people, the question remains: by whose standards is the U.S. a leader? The words of Abraham Lincoln’s campaign speech, “A house divided against itself cannot stand,” still ring boisterously true today. However, we as a nation have somehow forgotten their true meaning. If we say (and believe) that we are world leaders whose actions spark and motivate global reactions, then we collectively have an inherent duty to protect our citizens—each and every one—from division and separatism. By calling uncomfortable matters as they really are and finding sustainable solutions, we can garner the praise that we so relish. As Lincoln revealed, a nation cannot have two sets of differing ideals and expect to be whole. Moreover, it cannot be respected as a leading force if there is chaos within. The world has taken notice and is responding in kind. The BLM movement is sweeping the U.S. and the globe, for what has affected one is now affecting all. People of all races want change; the people want justice for all. 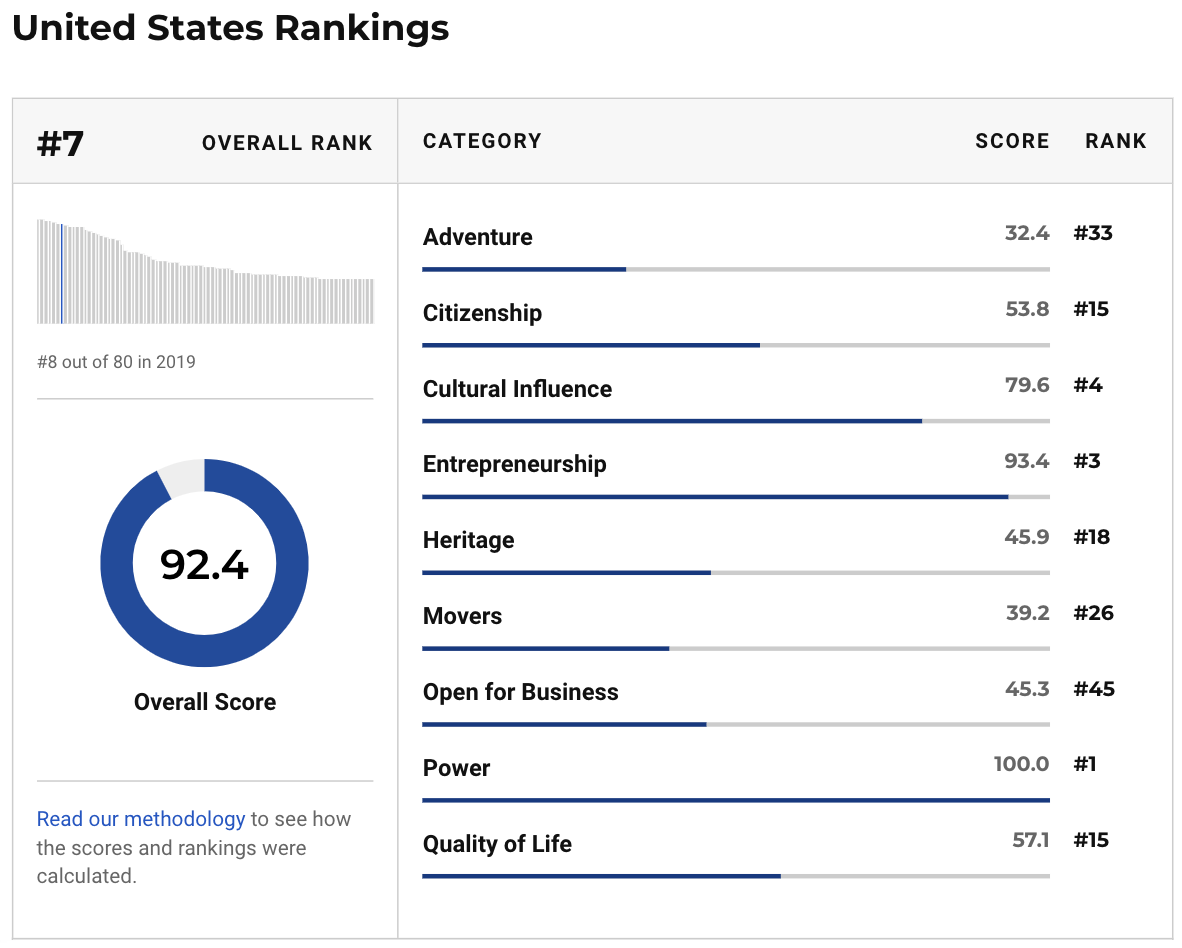 Image Courtesy of US News

This entry was posted in Countries and People, Current Articles, Miscellaneous. Bookmark the permalink.