The Vigil at Carl Schurz Park 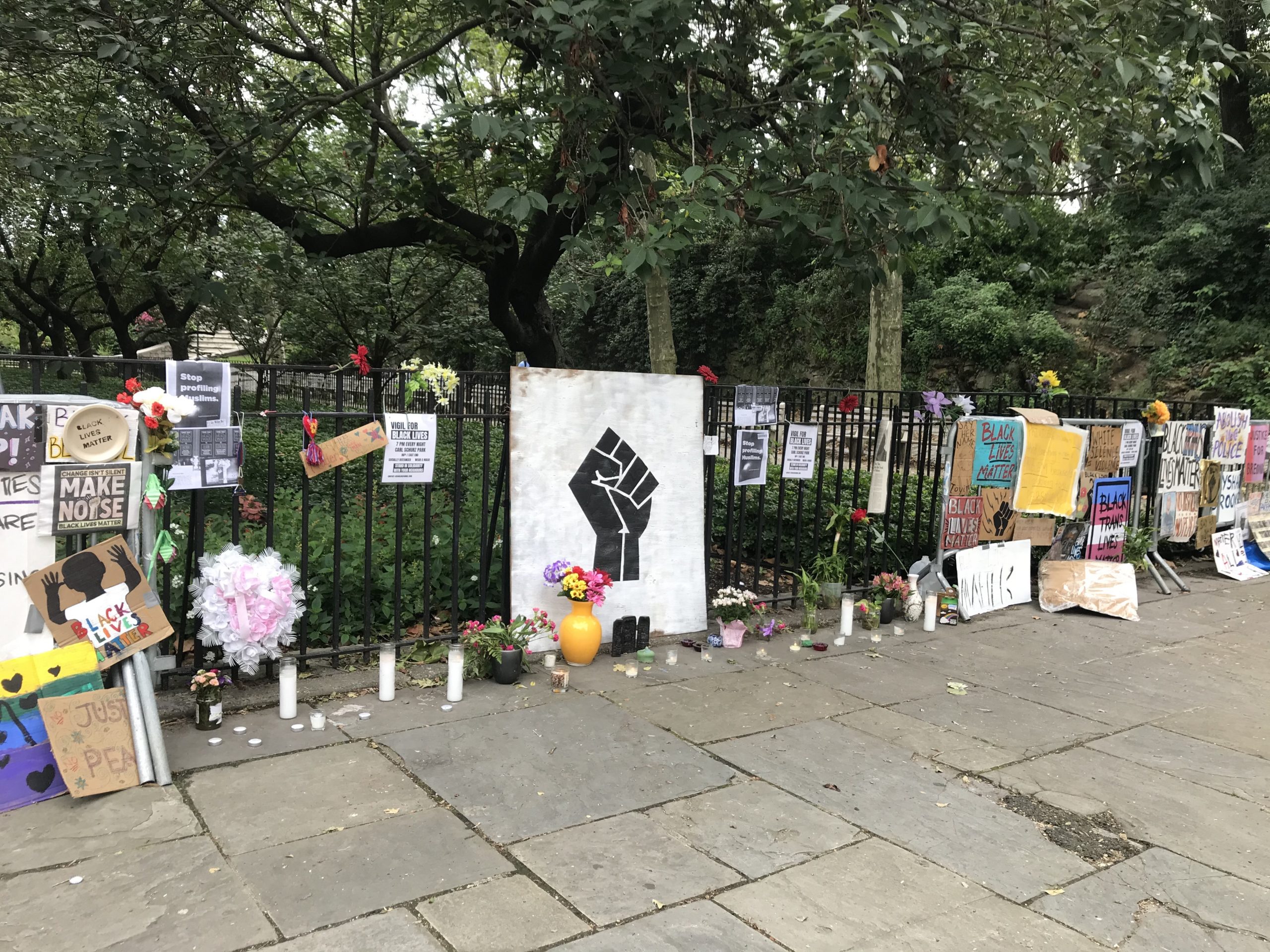 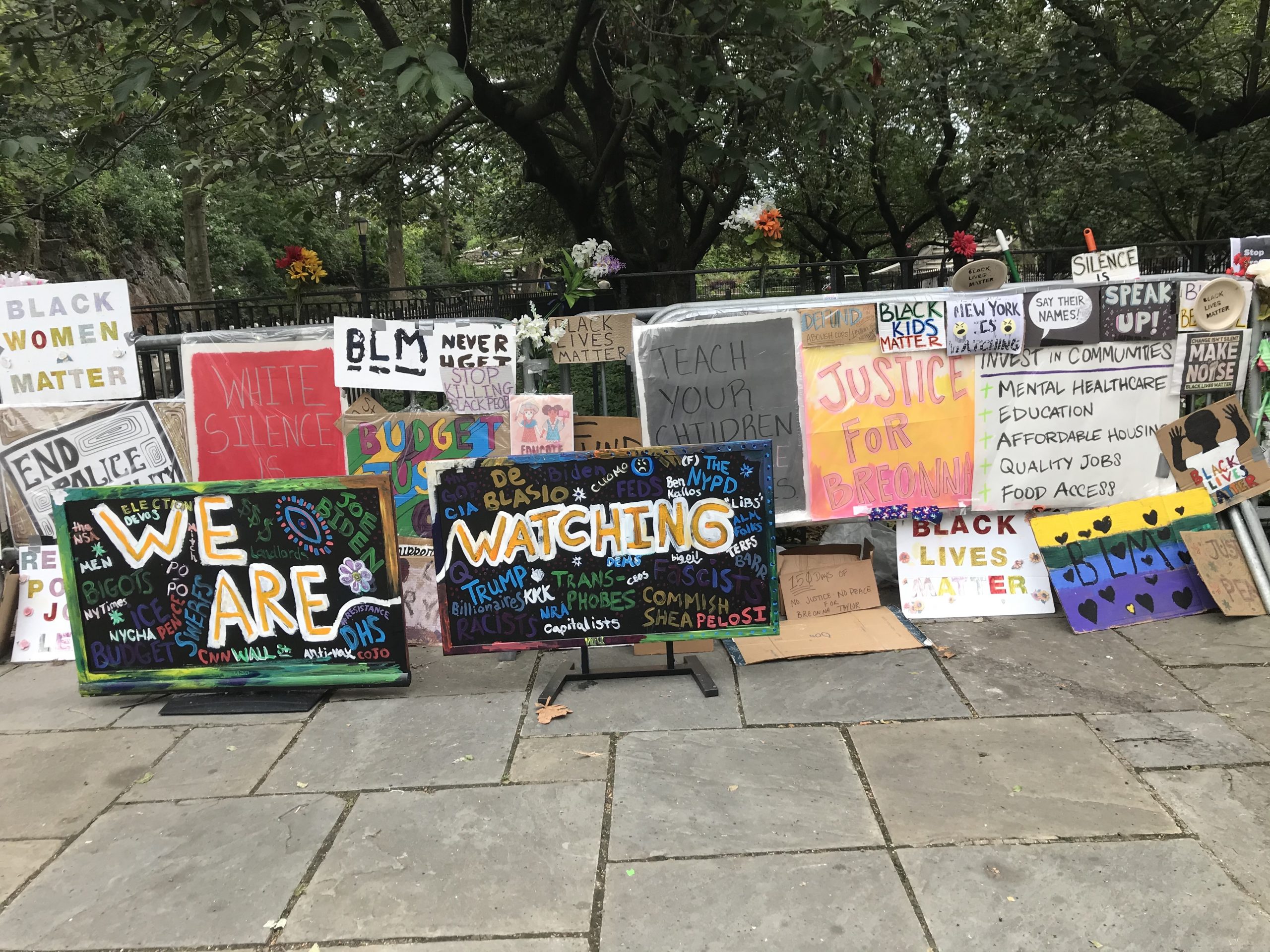 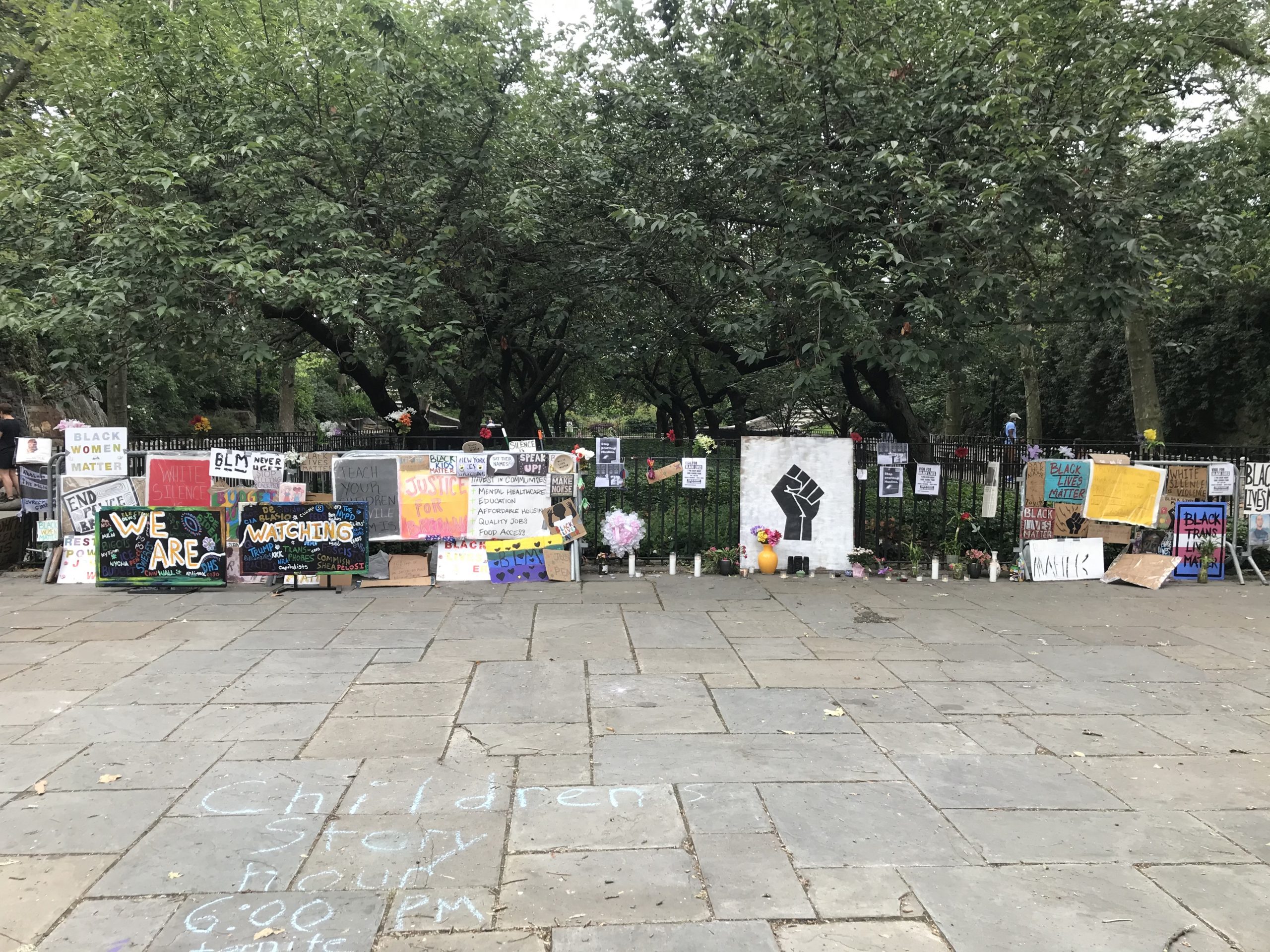 All photos courtesy of Audrey Goldfarb

Every night at 7 p.m., Upper East Side community members gather at Carl Schurz park for a socially distant vigil to honor those killed by police. The discussion is led by various volunteers from the community, with time allotted at the end for anybody in attendance to speak. These short speeches might be political news updates, calls to action, personal experiences, or history lessons. One action remains the same each night: we raise our fists in silence for eight minutes and forty-six seconds, the time it took George Floyd to die under the knee of Derek Chauvin.

The memorial pictured has been rebuilt by the organizers several times after being vandalized. Whitney, one of the organizers, recalls finding the memorial covered in dog feces one day. Another morning, parks department employees had thrown it all away. Fortunately, each time the memorial has been destroyed, community members have replaced the posters and artwork in time for the vigil at 7 p.m.

Rebuilding the memorial is one manifestation of how this community has come together to contribute to the Black Lives Matter movement. This support is also apparent in donations of hand sanitizer, masks, and provisions for people marching afterwards. Some people bring candles and signs to distribute throughout the crowd.

The vigil is a supportive environment for community members to voice their experiences and share information. However, there are moments of tension and sometimes hostility. On one occasion, a Blue Lives Matter gathering was held in the street, blocked off by gates fifty feet from the vigil. Police officers mingled with men, women, and children, the majority of whom were not wearing masks. Confrontations between the two groups across the gates permeated the moment of silence and speeches that followed.

Another night, one of the speakers misjudged the crowd’s tolerance of more moderate political views. He began by voicing his fondness of Joe Biden and went on to say that the killing of George Floyd was wrong, however, Floyd “did not have the best track record with the law.” This speaker was aggressively booed, and the organizers directed him to return to his seat. He was replaced by a Black woman who delivered an impassioned speech in which she compared the treatment of George Floyd to that of Dylann Roof, who after slaughtering nine people in a historic Black church in South Carolina, was given a burger by the officers who arrested him.

Despite moments of intensity and passion, the vigil has been notably nonviolent and respectful. Even the man who mentioned George Floyd’s track record remained in the crowd afterwards and was not harassed.

The organizers of the vigil can be contacted at ues4blm@gmail.com. All are welcome at 7 p.m. on 86th Street and East End Avenue every night to stand in solidarity for Black lives.

This entry was posted in Current Articles. Bookmark the permalink.