Posted on October 5, 2021 by Audrey Goldfarb

Rome is often referred to as the “Eternal City”—the term was supposedly coined in the first century B.C. by the Roman poet Tibullus. This is because ancient Romans believed that no matter what happened to the world, or how many empires rose or fell, that Rome would go on forever. While walking through the Roman Forum and the Thermae, I felt an indescribable awe thinking that people really built these structures two thousand years ago. If they successfully impress people today after nearly two millennia, I can only imagine how visitors reacted back then.
In the evening, hanging out around the Trevi Fountain is a fun activity where you often see people toss coins. The legend says, tossing one coin into the fountain means you’ll return to Rome, tossing two coins means you’ll return and fall in love, and tossing three coins means you’ll return, find love, and marry. How many did I toss? 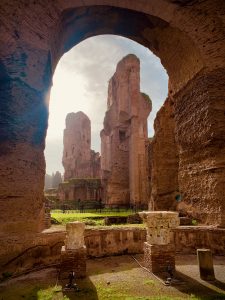 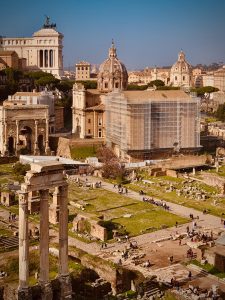 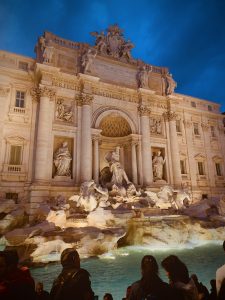 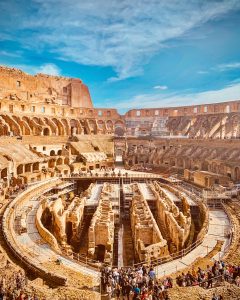 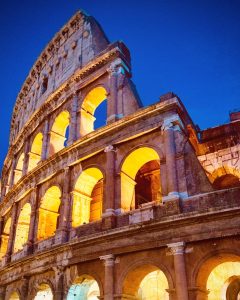