Posted on October 5, 2021 by Audrey Goldfarb

In the last two years or so, I composed and recorded a thematic work of music, “Sacred and Profane Love.” The piece is eighteen minutes long with shifting musical structures centered on rock and pop stylizations. Several extraordinary vocalists perform on the recording, each of whom has improved the melodies of the original score. Without these artists, the finished product could not have expressed my intention as a composer. Gretchen Farrar magnificently handles the largest role, and my cousin, Matt Murphy, sings the other lead with his typical brilliance. The quality of the work was dynamically enhanced by their complex emotional idealizations and interpretations of contrasting musings on “sacred” and “profane” love.

Bill Millard’s vocals as “Greek Chorus” and “Omniscient” provide one of the invaluable revelatory keys towards unlocking the philosophical intentions of the song. I’m awed by each of his performances. Peter Weidman wonderfully took on that exact same role (Chorus and Omniscient) and sang the only section of the score that directly addressed the listener while simultaneously singing to “specters” of both principals. He later returns to present a mysterious pause in the central mythic tale, a dreamy, brief retelling of the story of Jacob’s Ladder from the Torah. Bill, Peter, and I performed in a rock band decades ago, and we enjoyed this magical reunion, even with Pete singing virtually from Pennsylvania.

The lyrics proved to be difficult to craft with many early attempts discarded. As they stand now, the listener hears a mix of my own lyrical phrases bundled with targeted quotes or allusions and nods to works by Dante, Shakespeare, Ovid, James Joyce, and many others. The music and lyrics gently allude to a multitude of rock and pop songs from the 1960s and 1970s as well. There is only one very close borrowing of chords and texture that I perform from a song composed by David Bowie, “Heroes.” Bill sang that song with our band in 1980, so naturally he takes on the Bowie homage in the new piece.

I was very fortunate that Gretchen Farrar, a beautiful and versatile opera singer, readily agreed to the time commitment required to learn and record the lead vocal. It is simply an honor that she appears on this recording and she “kills” it—and completes it. Some of the varying emotional qualities of the character of “profane love” are abstractions of my own ideas and struggles as well as at times an extreme representation of my cousin Matthew Murphy’s suave “gentleman adventurer” personality, in the best sense of the notion (aunt Claudia, I did not say “sophisticated rogue”!). Matt is without doubt the greatest and most talented rock and roll vocalist I’ve ever had the pleasure of working with since I started strumming a guitar at age fourteen in the mid-1970s.

The composition is dedicated to Merle Langs, my aunt, an extraordinary musician and composer who taught piano to countless young students for over half a century, and continues to do so to this day. Sincere, heartfelt gratitude goes out to the following individuals for their encouragement and continued artistic inspiration: Brett Gingold, musician, sculptor, and painter; Izzi Ramkissoon, musician, educator, and composer; and the late Roland Kohloff, timpanist extraordinaire of the New York Philharmonic orchestra. 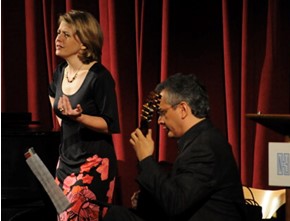 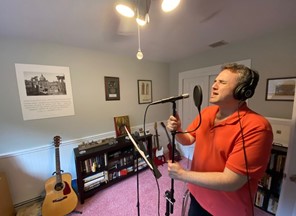 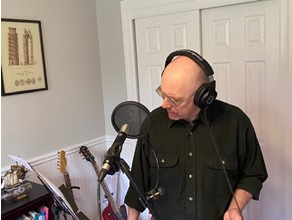 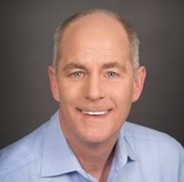 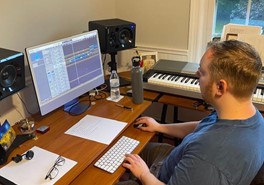 Rob Fragnito, Millington, New Jersey; studio mixing engineer who greatly improved the sound and textures of the recording and skillfully balanced the 260-plus tracks of “Sacred and Profane Love”

You give me life

Love has been our wine

Remember me as you walk by,

As you are now so was I,

Render to me what in love’s my due

Lover, do unto me as I do unto you

Dark is your soul tonight

Should I be a Beatrice would you see the light?

Will you be as I am now?

Was I blind and can you not see?

What becomes of one, if not two, three—how much ‘til you let it be?

Your name’s a summons to my foolish blood

There’s no word tender enough, to be your name.

As I obliterate all memory of your love

To be your name.

Down to the river goes I,

Drowning in Guinness, O’Hara’s, and rye

Easier to walk across

Than to swim to thee,

You can raise the Dead Sea

But you can’t raise me.

Tavern drunk Apollo that is you

Halfway through the journey of my life

I found myself in a gloomy wood.

Chanced upon a stranger

He sang to me,

And, as one handling skillfully the harp,

Beamy circlets, dancing to the sounds.

Hear me, my love,

My eyes they speak

Clearer than thought or word

But of what I say

Never a man betray a true cause

I’ll nail him to the cross

Notes from the underground

The Molotov cocktail blows up in your hand.

And I—I must step back

As my arms grasp and grope

And I—will I step back?

To allow my Queen

To pass me by blind

Throw off the misty cloak, courtier

You have nothing to lose save muddy boots.

The king’s lost his head

You’ve got no excuse—you’ve nothing to lose!

Peter with Bernie (both Greek Chorus and Omniscient):

Will you be as I am now?

Peasants and Lords create the fruit of the vine.

But there’s no prayer for the thoughts

Running through my mind!

Remember me as you walk by,

As you are now so was I—

Prepare yourself to be

These eyes are thy only Paradise

A memory that became you

Drunk I remember my blues

Where are your gibes now you merciless jester?

I watched the angel fall from the sky

Come walk with me a while

Robin Hood choked on his cigarette

From that I dreamed and behold a ladder

Set up on the earth its top reached to heaven

And there—there—you angels were ascending and descending on it…

I look at you all there

Darling mystery of mine

My heart breaks it beats

Your world is spinning

I look at you all there—here, everywhere

O comfortable friar! where is my lord?

The sun, for sorrow, will not show his head.

Tryin’ to obliterate memory of her love

To be her name.

Down to the river there he goes

Drowning in Guinness, ‘pill his lows

To be her name

The River Jordan, Sea of Galilee

Easier to walk across

Than to swim to thee,

Doesn’t believe that she can raise the Dead

And you will be as I am now

And you will be as I am now

Translation (from the Biblical “Song of Songs”):

As the apple tree among the trees of the forest,

So is my beloved among children.

I sat under its shadow with great joy,

Its fruit was sweet to my palate.

You will never be lovelier than you are now

We will never be here again…

Sacred and Profane Love can be heard online at https://soundcloud.com/bernie-langs/sacred-and-profane-love.